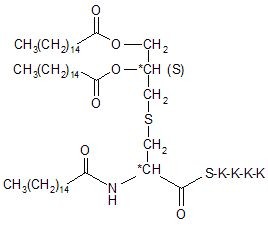 Weitere Artikel passend zu "S-Pam3Cys-SKKKK"
Technische Daten
Specifications: As lipopeptides are very hydrophobic it is most often not possible to purify... mehr
Zurück