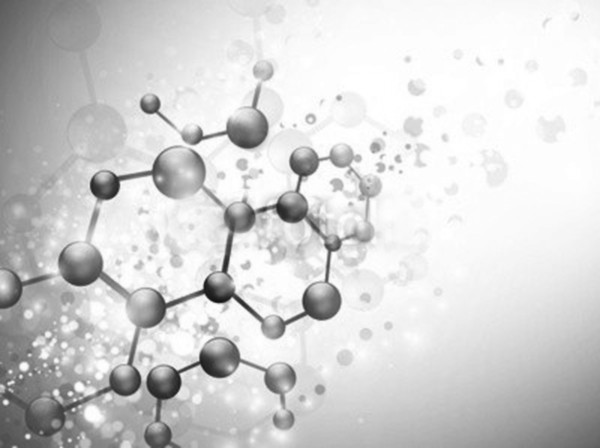 Genaxxon bioscience offers different peptides for examination on binding studies of MHC-Class-I and MHC-Class-II complexes. The advantage of the Genaxxon bioscience peptides is their defined and known amino acid sequence and the high purity, which enables an exact interpretation of results, without ambiguity that might be caused by impurities.

MHC molecules (MHC = major histocompatibility complex) are proteins with the major function to bind protein fragments (peptides) and to present them on the cell surface to the immune system of the organism (vertebrates) for recognition by the appropriate T-cells, thus enabling the immune system to react and to kill infected cells by cytotoxic T-lymphocytes or to activate B-cells.

MHC proteins are Glycoproteins bound to the cell membrane of vertebrates. Dependend on the specific species other terms/notations are used. In humans, the MHC is also called the human leukocyte antigen (HLA). MHC molecules mediate interactions of leukocytes, with other leukocytes or with body cells. The MHC determines compatibility of donors for organ transplant, as well as one's susceptibility to an autoimmune disease via crossreacting immunization.

There are two classes of MHC complexes that interact with the immune system and which differ structurally and in their function. While MHC-Class-I complexes are located on most cells of an organism, MHC-Class-II complexes can only be found on few cell types, like B-Cells, Macrophages, dendritic cells or thymic epitheliall cells.

MHC I occurs as a chain composed of three domains—a1, a2, and a3 and a b-chain a non-MHC molecule. The a3 domain is transmembrane, anchoring the MHC-class-I molecule to the cell membrane. The protein region inbetween domain a1 and a2 forms a peptide binding groove that represents a highly variable amino acid region that can bind millions of different peptides comparable to antibodies.

MHC-Class-I molecules bind peptides generated mainly from degradation of cytosolic proteins by the proteasome presenting them afterwards to the immune system. The peptide is bound to the extracellular part of the class I MHC molecule. Thus, the function of the MHC-Class-I is to display intracellular proteins to cytotoxic T cells (CTLs). However, MHC-Class-I can also present peptides generated from exogenous proteins, in a process known as cross-presentation.

A normal cell will display peptides from normal cellular protein turnover on its MHC-Class-I, and CTLs will not be activated in response to them due to central and peripheral tolerance mechanisms. When a cell expresses foreign proteins, such as after viral infection, a fraction of the MHC-Class-I will display these peptides on the cell surface. Consequently, CTLs specific for the MHC:peptide complex will recognize and kill the presenting cell.

A normal cell contains about 105-106 MHC-Class-I moleculres, which are able to recognize about 104 different peptides with individual copy numbers between 1 and 10,000. The immune system is tolerant against "self" peptides. In case of an infection of a cell, new "non-self" peptides will be presented by the MHC-Class-I complexes, which will be recognized by CD8+-cells as external. Besides their function to combat virus infected or tumor cells, T-cells, which recognize peptides presented by MHC-Class-I will also be responsible to remove parasites or cells infected by bacteria.

MHC class II is formed of two chains, α and β, of almost identical size, each having two domains - α1 and α2 and β1 and β2 - each chain having a transmembrane domain, α2 and β2, respectively, anchoring the MHC class II molecule to the cell membrane. The highly variable peptide-binding groove is formed of the heterodimer of α1 and β1.

In contrary to the MHC-Class-I complex, MHC-Class-II molecules will present extracellular proteins, which entered the cell e.g. by receptor mediated endocytosis, unspecific macropinocytosis or phagocytosis.

During synthesis of MHC-Class-II molecules in the endoplasmic reticulum, the α and β chains are produced and complexed with a special polypeptide known as the invariant chain. The nascent MHC-Class-II protein in the rough ER has its peptide-binding groove blocked by the invariant chain to prevent it from binding cellular peptides or peptides from the endogenous pathway (such as those that would be loaded onto MHC-Class-I proteins.

The invariant chain also facilitates the export of MHC-Class-II from the ER to the golgi, followed by fusion with a late endosome containing endocytosed, degraded proteins. The invariant chain is then broken down in stages by proteases called cathepsins, leaving only a small fragment known as CLIP which maintains blockage of the peptide binding groove on the MHC molecule.