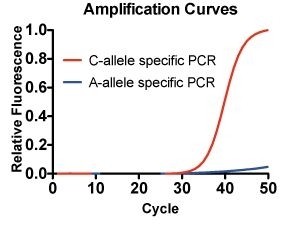 The human body is colonized by microorganisms of diverse phylogenetic origins, principally bacteria, archaea, eukaryote, and viruses. In health, specific microbes exist in a symbiotic relationship with their human host, where they contribute essential vitamins and nutrients, prime the human immune system to recognize “non-self” antigens, and produce useful anti-inflammatory compounds that deter disease-causing microbes. Each ecological niche in/on the human body is unique, as is the composition of its microbial inhabitants [1].

Human and microbial genome-wide association studies
The past 50 years have witnessed significant advances in gene sequencing technologies, which equipped scientists to undertake human genome wide association studies (hGWAS) [8-10], and to identify and experimentally validate genetic variants that were associated with certain complex human traits and diseases [11].

Interest in a genetic basis for dysbiosis has spawned several microbial genome wide association studies (mGWAS) [1, 3, 7, 11-14]. These studies provided compelling evidence to suggest that certain disease risk SNPs, mediate changes the composition of host microbial taxa, either alone, or in concert with other factors [1].

The following diseases and disorders highlight the impact of host genetic polymorphisms upon the composition of human microbiota:
Crohn’s Disease (CD) – This form of Inflammatory Bowel Disease (IBD), is the result of a complex set of associations between the mucosa-adherent microbiota, genetic impairment of several host immune pathways, the epigenome and environmental triggers [6]. Cross-sectional data have shown that taxonomic and metabolic dysbiosis in human CD, is associated with impaired expression of TNFSF15 and IL12B genes, and innate immune response, inflammatory response, and JAK-STAT signalling pathways.  There is also an association between the dosage of NOD2 risk alleles (rs104895467, rs2066844, rs2066845, rs5743277 and rs5743293) and increases in the relative abundance of Enterobacteriaceae, which is independent of the effect of antibiotics on dysbiosis [7, 2, 14, 6].  In a small cohort of nine CD patients, expression of the T300A variant of the ATG16L1 (autophagy related 16-like 1) gene, was associated with impaired clearance of Bacteroidaceae, Enterobacteriaceae and Fusobacteriaceae, due possibly to altered secretion of antibacterial peptides.  Owing to the small sample size, this last finding warrants further investigation [6].

Metabolic Syndrome (MetS) – MetS is the result of complex interactions between host genetic and environmental factors.  In one study of the effect of host genetics on specific gut microbes related to MetS status, individuals with MetS exhibited reduced gut microbial diversity, with an enrichment of Sutterella, Methanobrevibacter and Lactobacillus, while healthy individuals were enriched in Akkermansia, Odoribacter and Bifidobacterium.   Among the taxa associated with MetS status, the phylum Actinobacteria, to which Bifidobacterium belongs, has the highest heritability (45.7%).  After adjustment for MetS status, reduced abundances of Actinobacteria to which Bifidobacterium belongs, were linked significantly to the minor allele at the apolipoprotein A-V (APOA5) gene variant rs651821 [15].

Mitochondrial (mt) DNA SNPs – Human mtDNA is derived from ancestral endosymbiont bacteria [3].  Not only do mt generate cellular ATP by oxidative phosphorylation, but they also play a role in energy metabolism and apoptosis, cell differentiation, growth, the control of the cell cycle, and they are the primary cellular source of reactive oxygen species [3].

Human populations can be classified according to mtDNA haplogroups, which are maternally-derived ancestral genomic markers.  Within 15 distinctive mtDNA haplogroups identified in the Human Microbiome Project (HMP), there exist 631 mtDNA nucleotide polymorphisms, which associate with racial or ethnic background [13].  Both mtDNA haplogroups and mtDNA SNPs exhibit differences in function and in their associations with microbial taxa, in health and disease, for example:

•    Premature birth - mtSNP T14798C maps to cytochrome b and encodes a Phe > Leu substitution mutation.  This mtSNP is correlated with differential abundance of Dialister in the Veillonellaceae family, in the female reproductive tract.  This bacterium has been found in both amniotic fluid and placental tissue of women with pre-term premature rupture of the amniotic sac.  It is notable that pre-term birth is skewed along racial/ethnic lines, which suggests that this disorder may be governed in part, by mtDNA haplogroups and mtSNPs [3].

•    IBD - mtSNP A13434G and T15784C map to ND5 and cytochrome b, respectively.  These mtSNPs are thought to impact transcription, splicing and mRNA transport, and both exhibit a strong association with Eubacterium (member of Clostridium cluster IV) and Roseburia (member of Clostridium cluster XIVa).  Patients with IBD exhibit a decreased abundance in members of the butyrate-producing Clostridial clusters IV and XIVa.  Interestingly, IBD is another disease whose risk varies according to race or ethnicity [3], but it is also influenced by environment, diet and heritable microbiota [6].
Isolate mitochondria using Genaxxon bioscience’s Universal Genomic DNA Purification Mini Spin Kit >.

The above examples demonstrate the variable and often complex aetiologies of dysbiosis, and the potent effect that both nuclear and mitochondrial genetic polymorphisms have, on shaping the human microbiota in health and disease.

Genomic Bacteria DNA Purification Kit
From €37.13 *
Total RNA Purification Mini Spin Kit PLUS
From €58.35 *
This website uses cookies to ensure you get the best experience on our website.
Accept