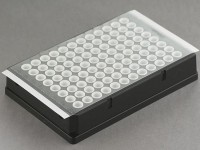 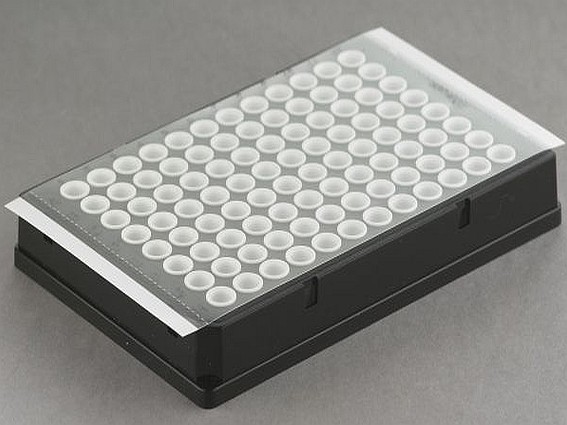 Shipping: shipped and stored at RT

The Genaxxon qPCR adhesive seals are made of a optically clear adhesive film, with a pressure activated clue. The film is peelable and thus perfectly suitable for qPCR and other imaging techniques including crystallization applications. The adhesive is released after pressure on the surface.

- Optically clear seal specifically developed for optical applications, particularly qPCR
- It is non sticky when removed from the packaging; this aids handling when wearing gloves
- The adhesive is contained within small capsules, allowing light to pass through to ensure the optical clarity of the seal
- Seal integrity range: -40 °C to 110 °C
- Free from DNase, RNase, and human genomic DNA

When the seal is in position, pressure can be applied to burst the capsules, releasing a strong adhesive only where the seal touches the raised well rims of the plate - the rest of the seal area above the wells remains optically clear

Easy positioning during application (the seal is freely maneuverable until pressure is applied. Adhesive does not come into contact with samples. Enhanced optical clarity as adhesive is not present in the area above the wells. No sticky residue on the plate when the seal is peeled off.