From the vine to the table: Shaping the phenotype of wine using molecular genetic technology 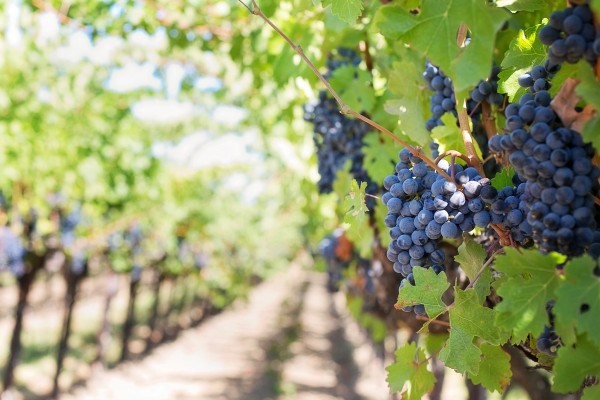 From the vine to the table: Shaping the phenotype of wine using molecular genetic technology

Wine production, while considered an art form, owes an increasing debt to the latest molecular genetic technologies. Not only do these facilitate batch-to-batch consistency, they also enable the generation of novel strains of grape microflora. While the choice of grapes is important, so too is the interplay between extrinsic and intrinsic factors, and the technological decisions made at every step in the process. Together, these determine whether the finished product will be classed as a “vintage wine”, a “quaffing wine”, or “vinegar” [1, 2].

Traditionally, non-Saccharomyces yeasts were thought to participate in grape must fermentation in a sequential manner and then gradually disappear as vigorous fermentation proceeded. Their disappearance was attributed to their slow growth, inhibition by SO2, low pH, high ethanol concentration, O2 deficiency, and by being out-competed by Saccharomyces spp. for nutrients. Recently, however, it was reported that the disappearance of desirable, non-Saccharomyces strains from grape must fermentation, could be abrogated by improvements in cellar hygiene and reduced SO2 usage. Improvements in molecular technologies have also made their detection easier [3]. The value of certain non-Saccharomyces strains cannot be overstated, as many of them contribute aromatic compounds to the finished product [3]. Non-Saccharomyces strains that cause grape spoilage, (e.g. Brettanomyces bruxellensis), are the arch enemy of the wine producer, but these too, can be kept in check by similar, diligent management of cellar hygiene, pH, SO2, temperature and nutrients [1, 3].

Lactic acid bacteria participate in malolactic fermentation, which occurs predominantly in red wine production [1]. Three genera of lactic acid bacteria have been identified in grape must, namely (i) Lactobacillus, (ii) Oenococcus and (iii) Pediococcus, which are all capable of introducing defects into the wine, (e.g. acidification, bitterness or oiliness), or of causing spoilage [4].

Molecular typing of the grape microbiome: the good, the bad and the ugly
The task of sorting the “desirable” from the unwanted, “spoiler” grape microflora, has been greatly simplified by the highly sensitive, Internal Transcribed Spacer-Restriction Fragment Length Polymorphism (ITS-RFLP) assay [2, 6].

This assay takes advantage of the hypervariable Internal Transcribed Spacer (ITS) regions that are species-specific, and which play an essential role in the development of functional ribosomal RNA (rRNA). In yeasts, the ITS1 domain occupies the region between the 18S rRNA and the 5.8S rRNA genes, while the ITS2 region separates the 5.8S rRNA and the 28S rRNA genes [7]. In most bacterial genomes, the region separating the 16S and 23S rRNA genes contains a hypervariable ITS region. This domain is highly polymorphic and species-specific [8]. Thus, PCR amplification of ITS regions, combined with RFLP analysis of the digested amplicons, is a powerful tool to identify different species of grape microflora.

Concluding remarks
The use of molecular genetic techniques in the identification, manipulation and analysis of grape microflora, have added scientific rigor to the process. Furthermore, it is possible to create novel microbial strains and consistently-reproducible wine varieties that hitherto, did not exist.