SNP genotyping and its applications 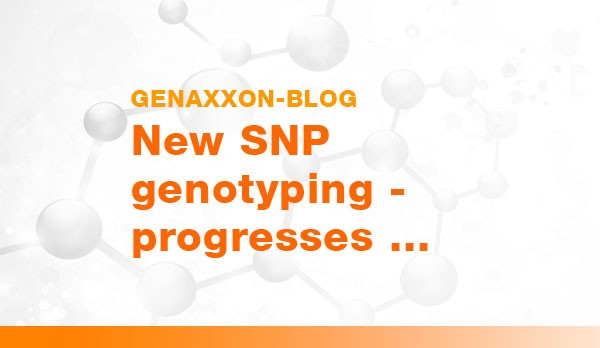 Advancements in the field of
SNP genotyping and its applications

Single nucleotide polymorphism or SNP genotyping as a technique has been around for a while
now but it´s use to develop high throughput techniques will always be a work in progress.

SNPs or point mutations are the most common type of genetic variation and thus, determine
most of the phenotypic diversity between individuals. If point mutations alter the amino
acid sequence in proteins, then SNPs are directly involved in the trait formation of each
individual. Depending on the species studied, these traits may affect resistance/susceptibility
to a particular disease in humans, milk or meat yield in livestock, as well as drought
resistance or yield in cereals. For example,

SNP genotyping was used for potential yield prediction of corn plant just by analyzing the genetic code of a seed. The size of a kernel of corn can depend on several hundred genes that interact in complex ways. To shed light on the interplay of genes, scientists use gene markers.
These are tiny, clearly identifiable segments, mostly SNPs, in which the DNA strands of different individuals differ. Gene markers (SNP's) are often inherited together with the genes responsible for the trait under investigation and can therefore be used as signposts to the genes. These genetic markers
can then be further used to create a genetic fingerprint of plant lines. Genome profiles obtained in this way can be searched for regularities and then related to measured yield differences.

b) SNP genotyping to identify gene variants for herbicide resistance

SNP genotyping was used to investigate the importance of single mutations in different gene variants for herbicide resistance. In this investigation, Chicken millet, a weed in maize cultivation whose genes are present in three diploid variants, was studied. Usually Acetolactate synthase (ALS)
inhibitors are used to control this weed. But if point mutations occur at specific positions of the ALS gene, the structure of ALS changes resulting in loss of binding of the inhibiting agent to the gene. This gives rise to the resistance of the weed to the herbicide. This study used GENAXXON´s
SNP Pol DNA polymerase 2X PCR Master Mix (Product Nr. M3061) was used for allele discrimination in polyploid species by performing allele-specific PCR.

This immense potential of SNP genotyping along with significantly reduced cost of NGS is revolutionizing the field of agricultural research. What could be more exciting to the scientists, is the development in the field of cloning important QTLs along with characterization of functional SNPs and allele-specific haplotypes. This will continue to provide improved predictive markers for targeted selection. The current scientific focus therefore is to combine SNP genotyping with other powerful known methods to elevate its applications.

Let us dive into some of them!

Did you know there have been reports of accidental CRISPR-induced on-target effects (OnTEs) leading to Loss of heterozygosity (LOH)?
OnTEs are often mischaracterized by standard Sanger sequencing as correctly edited. OnTEs can severely affect the phenotype of the edited cells or organisms. This may challenge the reliability of the whole technique and thus a scientific group has come up with a protocol to detect these OnTEs using SNP genotyping that can help detect the occurrence of LOH around the edited locus.

The protocol begins with exclusion of clones with monoallelic OnTEs and hemizygous editing by determining the number of intact alleles at the target site. This is done by quantitative genotyping PCR (qgPCR) of the genomic DNA. The LOH are then identified by genotyping neighboring single-nucleotide polymorphisms (SNPs).

A recent research was conducted to elevate CRISPR/Cas13a system using a strategy termed hs‐CRISPR. The system compared to ordinary crRNA:
a) Shows high on‐target affinity of Cas13a while suppressing the off‐target activity using CRISPR RNA (crRNA) with hairpin‐spacer.
b) Possesses at least 3 times higher sensitivity and discrimination ability of Cas13a system.
c) can be performed within 1 hour.
d) compatible with traditional Cas13a system.

Increased specificity of CRISPR/Cas13a can be used to augment your SNP genotyping game.
It has been claimed that genotyping based on this upgraded hs-CRISPR (hairpin spacer-CRISPR)
system can make these techniques like easy to handle, easier to program along with making it fast.

In the year 2020, a study on 261 cucumber varieties was conducted in China to evaluate the application of SNP-seq genotyping technology in variety identification. This was done by construction of target SNP-seq library. Using this technology, a DNA fingerprint of 261 cucumber varieties with 163 perfect SNPs were established. This points towards the powerful application of the technology in genetic research and plant breeding.

5) Enhanced SNP genotyping platforms with hs-CRISPR system.
In a recent research study, the CRISPR/Cas13a system was enhanced with a strategy called hs-CRISPR. The system is comparable to ordinary crRNA:
(a) it shows high on-target affinity of Cas13a, while suppressing off-target activity, using CRISPR RNA (crRNA) with hairpin spacer.
b) It has at least 3-fold higher sensitivity and discriminatory ability of Cas13a system.
c) It can be performed within 1 hour.
d) It is compatible with the traditional Cas13a system.
The increased specificity of CRISPR/Cas13a can be used to extend SNP genotyping.With genotyping based on the improved hs-CRISPR (hairpin spacer-CRISPR) system, the techniques are simpler to use, easier to program, and thus simply better than it is today.

GENAXXON not only offers SNP Polymerase MasterMix  but also SNP Polymerase and SNP Taq Polymerase to compliment aforementioned technologies to help take your precision to another level. Genaxxon products can be combined with similar protocols to achieve more specific results.

Not only this, what if we told you that it is accurately possible to distinguish mutant alleles from wild type alleles and that to, without sequencing?

And the trick here is that the Polymerase simply does not amplify in the case of a mismatch.
How perfect is that? But this was just one of the several applications of our SNP polymerase.

The other applications of GENAXXON SNP polymerases are: